Talent, Transformation and Growth: the agency resurgence of 2022

Campaign and Deltek have partnered to bring you a webinar on Talent, Transformation and Growth: the agency resurgence of 2022.

Tune in to hear experts from across the globe, reveal insights and actionable tips to drive future success.

Talent, Transformation and Growth: the agency resurgence of 2022

With a new sense of optimism, almost 60% of agencies are expecting their team to grow this year.

This encouraging figure is just one of the findings of Campaign/Deltek research which saw creative agencies buffeted by two years of turbulence and transformation and looking to identify ways to shore up resources and systems and capitalise on new opportunities.

But how? Tune in to hear experts from across the globe, reveal insights and actionable tips to drive future success. 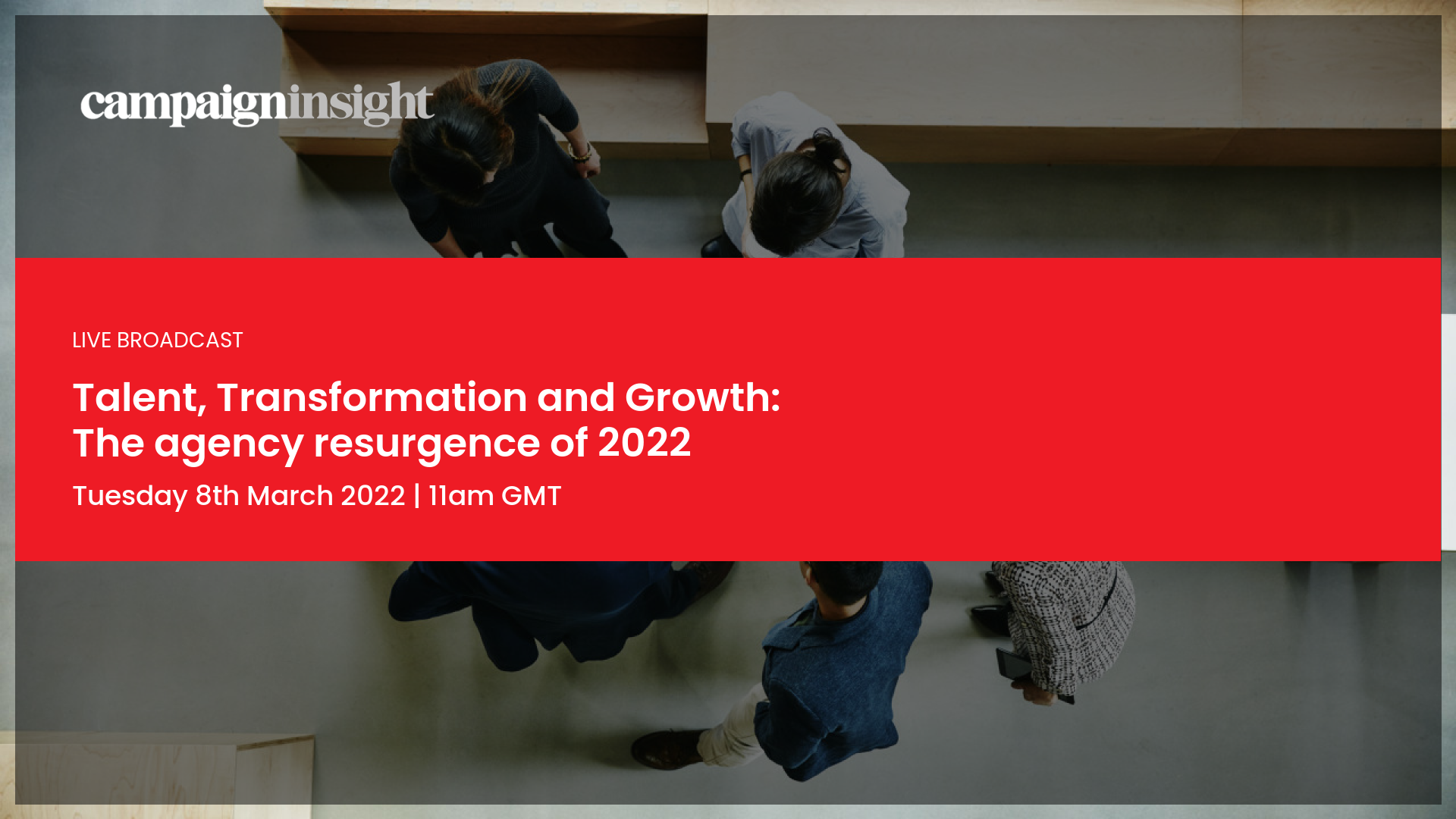 An error occurred trying to play the stream. Please reload the page and try again.

Neil Henderson joined St Luke’s in 1996 becoming MD in 2002 and a FT Face to Watch the same year.

Neil later became CEO and led a management buyout of the agency in 2010. Under his management, the agency became the fastest growing agency in the top 30, was shortlisted for Campaign’s Independent Agency of the Year 2019 and 2021 and Oystercatchers Agency of the Year 2019, 2020 & 2021, named a Best Place to Work four years in a row by Campaign and won Oystercatchers Best Place to Work 2018. St Luke’s was also named as one of Campaign’s top 20 Agencies of all time in 2018. Neil is a voting member of Bafta.

Ash joined Brave in 2005 as a three-man start-up and has helped build it to what it is today – an entrepreneurial, progressive and agile agency, with loyal client partners across the globe.

In 2017 he oversaw the acquisition by Sportfive and saw the opportunity Brave could play in adding strategic and creative capability to a global sports and entertainment business.

Ash regularly appears as an industry  commentator. He has featured in the  final of The Apprentice as a marketing advisor to Lord Sugar.  Ash also frequently appears on the industry speaking circuit having appeared at Cannes Lions, IAB Engage, Adweek Europe, Eurobest, ROI Festival Shanghai and Dubai Lynx.

Neil Davidson is Regional Vice President of EMEA and APAC at Deltek, responsible for all aspects of the regions strategy, and commercial operations. Neil has partnered with the leading global professional services firms in the Marketing Communications, Consultancy, and Consulting Engineering sectors, on their digital, financial, people and operational transformations.